Numerical Study of Aeroacoustic Sound on Performance of Bladeless Fan

Numerical Study of Aeroacoustic Sound on Performance of Bladeless Fan


Aeroacoustic performance of fans is essential due to their widespread application. Therefore, the original aim of this paper is to evaluate the generated noise owing to different geometric parameters. In current study, effect of five geometric parameters was investigated on well performance of a Bladeless fan. Airflow through this fan was analyzed simulating a Bladeless fan within a 2 m×2 m×4 m room. Analysis of the flow field inside the fan and evaluating its performance were obtained by solving conservations of mass and momentum equations for aerodynamic investigations and FW-H noise equations for aeroacoustic analysis. In order to design table bladeless fan Eppler 473 airfoil profile was used as the cross section of this fan. Five distinct parameters, namely height of cross section of the fan, outlet angle of the flow relative to the fan axis, thickness of airflow outlet slit, hydraulic diameter and aspect ratio for circular and quadratic cross sections were considered. Validating acoustic code results, we compared numerical solution of FW-H noise equations for NACA0012 with experimental results. FW-H model was selected to predict the noise generated by the Bladeless fan as the numerical results indicated a good agreement with experimental ones for NACA0012. To validate 3-D numerical results, the experimental results of a round jet showed good agreement with those simulation data. In order to indicate the effect of each mentioned parameter on the fan performance, SPL and OASPL diagrams were illustrated.


Nowadays, the axial and radial fans are employed for various applications, such as cooling systems, air conditioning, ventilation of underground spaces, etc. The aeroacoustic performance of fans have been improved by increasing advancements in the computational fluid dynamics (CFD) and economic growth, then different types of fans with various applications and higher efficiency is offered. In 2009, a new fan was invented that its appearance and performance was different from conventional fans. The main differences of this fan with respect to conventional fans (axial and radial fans) are the multiplying intake air flow and lack of observable impeller [1]. This fan namely Bladeless/Air Multiplier fan was named on the basis of the two mentioned features. Until now, this fan is manufactured for domestic applications by diameter of 30 cm.


There are two typical fans widely used: axial and radial types, however Bladeless fans are completely distinct from those fans in mechanism aspect. Bladeless fan is similar to centrifugal fans in terms of radial impellers for intake air and also it is similar to axial fans in terms of preparing higher rate of outlet airflow. Although studies about wall and table bladeless fan are rare in the literature, numerous experimental and numerical studies have been performed on the axial and centrifugal fans. Lin, et al [2], designed a Forward–Curved (FC) centrifugal fan by numerical simulation and experimental tests. They selected NACA 0012 airfoil profile for its blade and indicated that this fan produces a higher maximum flow rate and static efficiency when the blade inlet angle is 16.5o. The influence of enlarged impeller on performance of a centrifugal fan was experimentally examined by Chunxi, et al [3]. By comparison of obtained results, they observed that flow rate, total pressure rise, shaft power and sound pressure level increased while the efficiency of fan decreased for larger blades. Govardhan, et al [4], investigated the flow field in a cross flow fan by three-dimensional simulation via the commercial software code, CFX. They simulated three impeller geometries for different radius ratio and blade angles, and then they compared their efficiency with each other. Sarraf, et al [5], experimentally studied axial fans performance for two identical fans but with different impeller thickness. They indicated that the overall performance of these two fans is same, but the fan with thicker blades contained higher rate of pressure loss by the means of 8%. Also the efficiency of the fan with thinner blades was 3% higher than the fan with thicker blade. Mohaideen [6] improved an axial fan blade by using the finite element method (FEM) and reduced 18.5% of the blade weight after optimizing on the blade thickness via stress analysis by ANSYS commercial software.


There are a lot of studies on the generated noise by various airfoils that is carried out by experimental and/or numerical approaches. Chong, et al [7], measured the generated noise by a 2-D NACA 0012 airfoil at the angles of attack 0o, 1.4o and 4.2o, in a wind tunnel. They performed their experiments for some Reynolds numbers between 1×105 and 6×105. The experimental results indicated that the pressure gradient was raised on the airfoil pressure surface by increasing of attack angle, so the noise can be produced by this phenomenon. Devenport, et al [8], carried out experimental tests on the noise propagation of NACA 0012, NACA 0015 and S831 airfoil. The obtained results indicated that the airfoils with more thickness made lower noise and revealed the different angles of attack had little influence on the sound production for NACA 0012 and NACA 0015 airfoil. Casper, et al [9], solved the equations of FW-H and developed new equations. They computed the produced noise by a NACA 0012 airfoil in a low Mach number flow. The analytical results and experimental data for NACA 0012 airfoil were in good agreement.


So far, many experimental and numerical studies have been performed on the generated sound by axial and centrifugal fans. Many researchers have used the FW-H equations to predict the sound radiation of fan by numerical simulation. Ballesteros-Tajadura, et al [10], measured the noise of a centrifugal fan via FW-H noise model using the CFD code, FLUENT. By comparing numerical and experimental noise results, they showed the FW-H model was able to predict the tonal noise with reasonable accuracy. Solving FW-H equations, Moon, et al [11] and Cho, et al [12] calculated the amount of radiated sound from an axial fan and a cross flow fan, respectively. Younsi, et al [13], used numerical simulation to predict the noise level in a HVAC forward centrifugal fan. By comparing numerical and experimental data, they showed the good agreement between simulation and the experimental data. In some papers, researchers have studied the source of generating noise in different fans by using the computational aeroacoustics (CAA) [14]. Khelladi, et al [15], calculated the noise of a high rotational speed centrifugal fan via FW-H analogy and solving the Reynolds Averaged Navier-Stokes (RANS) equations. They compared the numerical and experimental data and also evaluated the aerodynamic performance of fan. In 2009, Sorguven, et al [16], studied aerodynamic and aeroacoustic performance of two radial fans. Moreover in their study, LES turbulence modeling and FW-H noise modeling were employed. They showed a satisfied agreement of experimental and numerical results and reported FW-H model as a reasonable model for evaluating aeroacoustic performance of fans.


Although Bladeless fan is invented in 2009, but until now aeroacoustic performance of this fan has not been studied numerically or experimentally for different conditions. This fan is designed for home applications by diameter of 30 cm and the only available geometric information is mentioned in patent documentation [1]. In the present study, the effect of five geometric parameters is investigated on performance of a Bladeless fan by diameter 30 cm. The studied parameters are height of fan cross section, outlet angle of the flow relative to the fan axis, thickness of airflow outlet slit, hydraulic diameter and aspect ratio for circular and quadratic cross sections. The unsteady conservation of mass and momentum equations are solved to simulate three-dimensional incompressible flow in the Bladeless fan. The Ffowcs Williams and Hawkings (FW-H) formulation is solved to calculate the noise propagation of smart bladeless fan. Firstly, the generated noise of a NACA 0012 airfoil is computed to validate aeroacoustic results by experimental data [17]. The obtained numerical results and the experimental data are in the reasonable agreement, so the FW-H model is employed to measure the tonal noise of Bladeless fan. To validate 3-D numerical simulations, the experimental results of a round jet [18] are compared with numerical simulation results. Since there is not any experimental data about Bladeless fans, round jet is selected due to much similarity. The turbulence in the Bladeless fan is simulated by standard k?ε turbulence model. In order to design cross section of Bladeless fan, Eppler 473 airfoil is chosen among standard airfoils. Eppler 473 airfoil is selected because it is an appropriate airfoil for low Reynolds numbers and high similarity of this airfoil profile to original cross section (designed by inventor) [1]. The volume flow rate is calculated at a distance up to 3 times of nozzle diameter in front of the fan (around 1000 mm) [1]. The numerical results for Bladeless fan show that the investigated parameters in this study are very important to improve the fan performance. Thus these parameters should be considered to design a high performance Bladeless fan.


This fan is produced for domestic applications and its diameter is 30 cm. The mechanism of inlet and outlet airflow from this fan is shown in Fig. 1. At the first stage, the airflow is sucked into the fan through a rotating DC brushless motor and a mixed flow impeller. The intake air is accelerated by passing through an annular aperture which the cross section of this fan is similar to an airfoil profile. Then air is pushed out from a ring shape region, so the air velocity is increased in this region. A considerable pressure difference is generated between both sides of the fan and the discharged air can be described by Bernoulli’s principle. This pressure difference draws the behind and surrounding air toward front of fan. Therefore, a smart tower bladeless fan amplifies the intake air by drawing the air behind and around the fan. Thereby the inventor of this fan claims that [1] this fan multiplies intake air at about 15 times at distance 3D front of fan (around 1000-1200 mm) [1, 19]. All of described stages are shown in Fig. 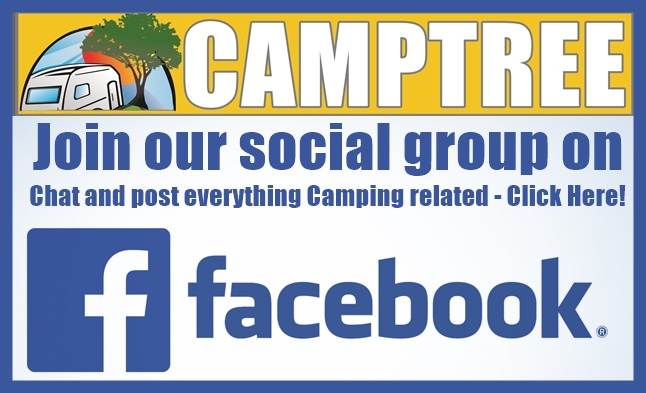